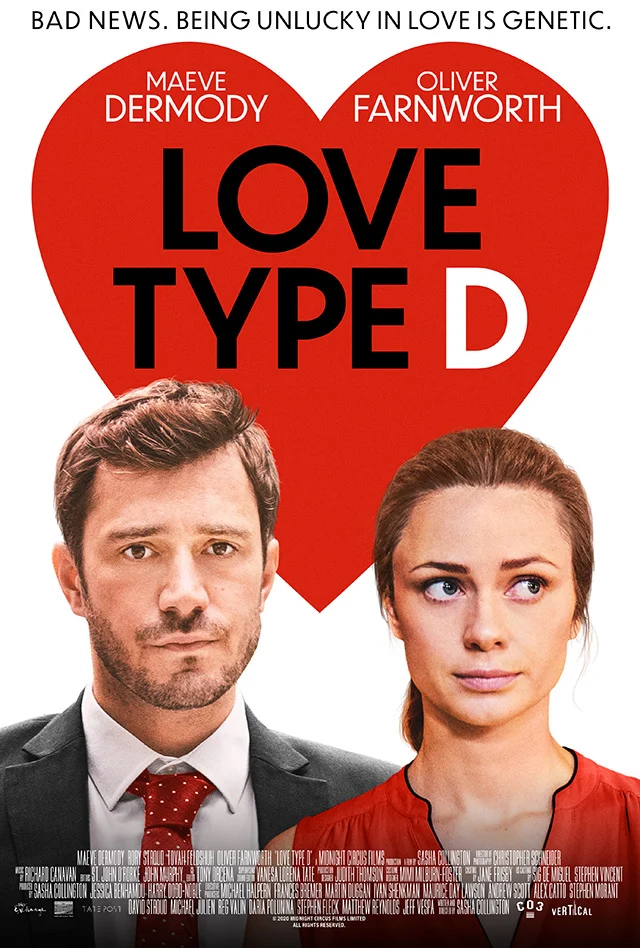 Another oportunity to stretch my wings as an indie film composer. Love Type D is written and directed by Sasha Collington, and edited by St. John O’Rorke.

“After being dumped for the 12th time in a row, 27-year-old Frankie (Maeve Dermody) discovers that she has a ‘loser in love’ gene that predisposes her to chronic rejection for the rest of her life. Frustrated by the lack of a cure, Frankie sets out on a quest – one that involves hunting down all her previous boyfriends – to try and change her romantic future.”

A rare treat for an indie film composer like myself at this scale, was to have the score recorded by The Macedonian Radio Symphonic Orchestra and mixed by Jake Jackson. This is my third feature drama, after The Return and Fast Girls.